by Duong
in World

Nigeria suffered from an extreme fuel shortage in February. The gasoline shortage seemed paradoxical given Nigeria’s ranking as the number one producer of crude oil on the African continent.

“In February, a severe fuel shortage pushed prices up to 1.50 dollars per litre on the parallel market. The Nigerian National Petroleum Company (NNPC) announced that 100 million litres of adulterated petrol had been imported by error prompting a withdrawal from the market,” Africanews recalled on March 24. 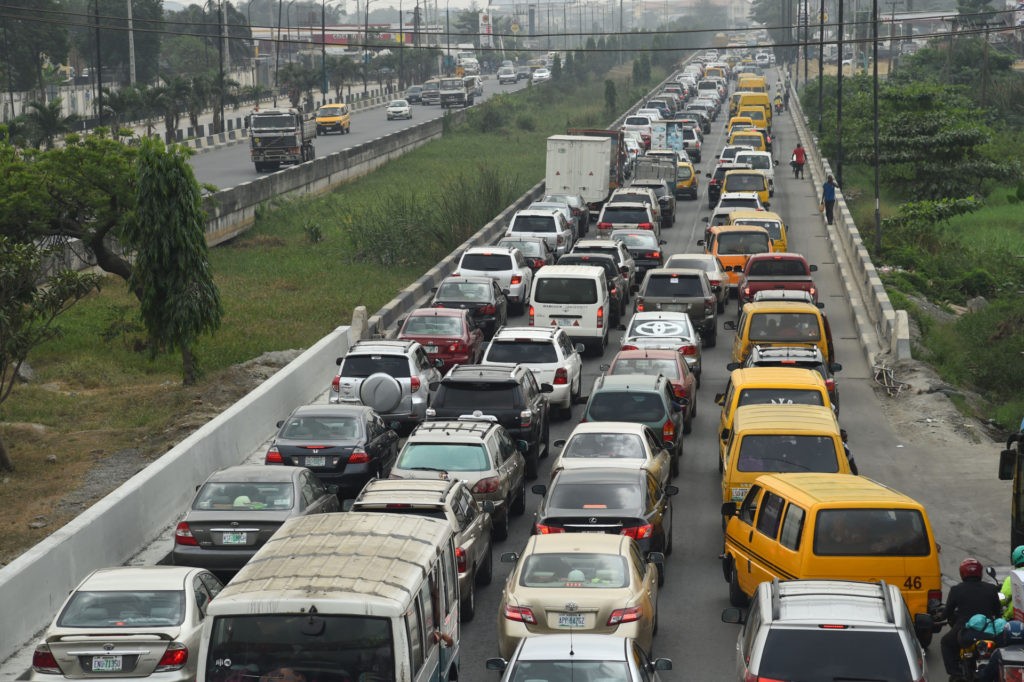 Motorist queue to buy fuel in short supply resulting in traffic gridlock following the discovery of contaminated fuel in supply in filling stations across the country, especially in Lagos, Nigeria’s commercial hub on February 9, 2022. (PIUS UTOMI EKPEI/AFP via Getty Images)

“A delay in cargo ships carrying refined oil due to the war in Ukraine was also blamed for the shortage. Long queues flowing onto the roads soon lined filling stations across the country for days and weeks, climaxing into a huge and almost nationwide black out last week,” the news outlet detailed. 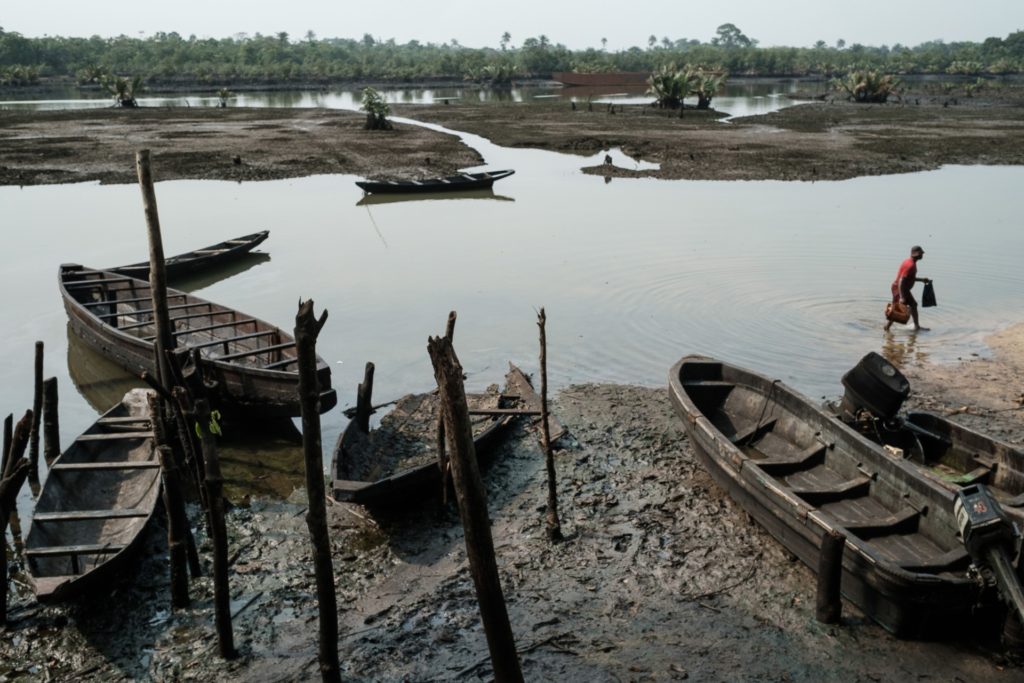 A fisherman walks by the oil smeared fishboats on oily mud in the river during low tide at Ogoniland’s village of K-Dere, near Bodo, which is part of the Niger Delta region, on February 20, 2019. (YASUYOSHI CHIBA/AFP via Getty Images)

“Despite being Africa’s largest producer of crude oil, Nigeria imports almost all of its fuel and that is because none of its four refineries is operational,” Africanews observed on Thursday.

The government of Nigeria has failed to successfully harness the nation’s abundant crude oil supply in recent years. In some cases, government-run oil pipelines have not only failed to provide Nigerians with much-needed fuel but also harmed the health of the local environment and citizen populace.

ISS published a report on March 24 in which it detailed how the ecosystem of Nigeria’s Ogoniland region has suffered from significant damage in recent years due to local oil spills caused not through oil production but by “pipeline sabotage, theft, … and pipeline corrosion.”

“Most oil extraction from the sensitive ecological area of Ogoniland stopped in the early 1990s,” ISS noted on Thursday.

“More than 75% of spills in Nigeria since 2016 can be attributed to theft and sabotage, mostly by militants and organised crime groups who target the pipeline network,” the Netherlands public research institute reported.

“Nigeria lost an estimated US$4.5 billion in 2020 due to petroleum pipeline vandalism and crude oil theft. These crimes lead to large-scale spills and environmental destruction, jeopardising clean-up efforts,” according to ISS.

Nigerian Agip Oil Company (NAOC)’s parent company implied one of its facilities was the victim of a recent criminal “attack” on March 14, though it did not provide specifics about the incident beyond describing it as a “blast, consequently causing a spill.”

The suspected act of vandalism at the NAOC-related facility caused the company to announce it would “fail to produce 25,000 barrels of crude oil and 13 million standard cubic meters of gas per day in one of its facilities,” Breitbart News reported at the time.